Posted on July 24, 2019 by alongthewaywithjacque

The hike to Mystic falls was pure happenstance as Floyd and I were actually trying to reach the new Grand Prismatic overlook. However we mistakenly headed up the Biscuit basin trail and that’s how we came across Mystic falls trail. The trail is really easy going and about .7/10 ths of a mile. Most of the time your whimsically striding along a creek, and currently in fields of wildflowers. 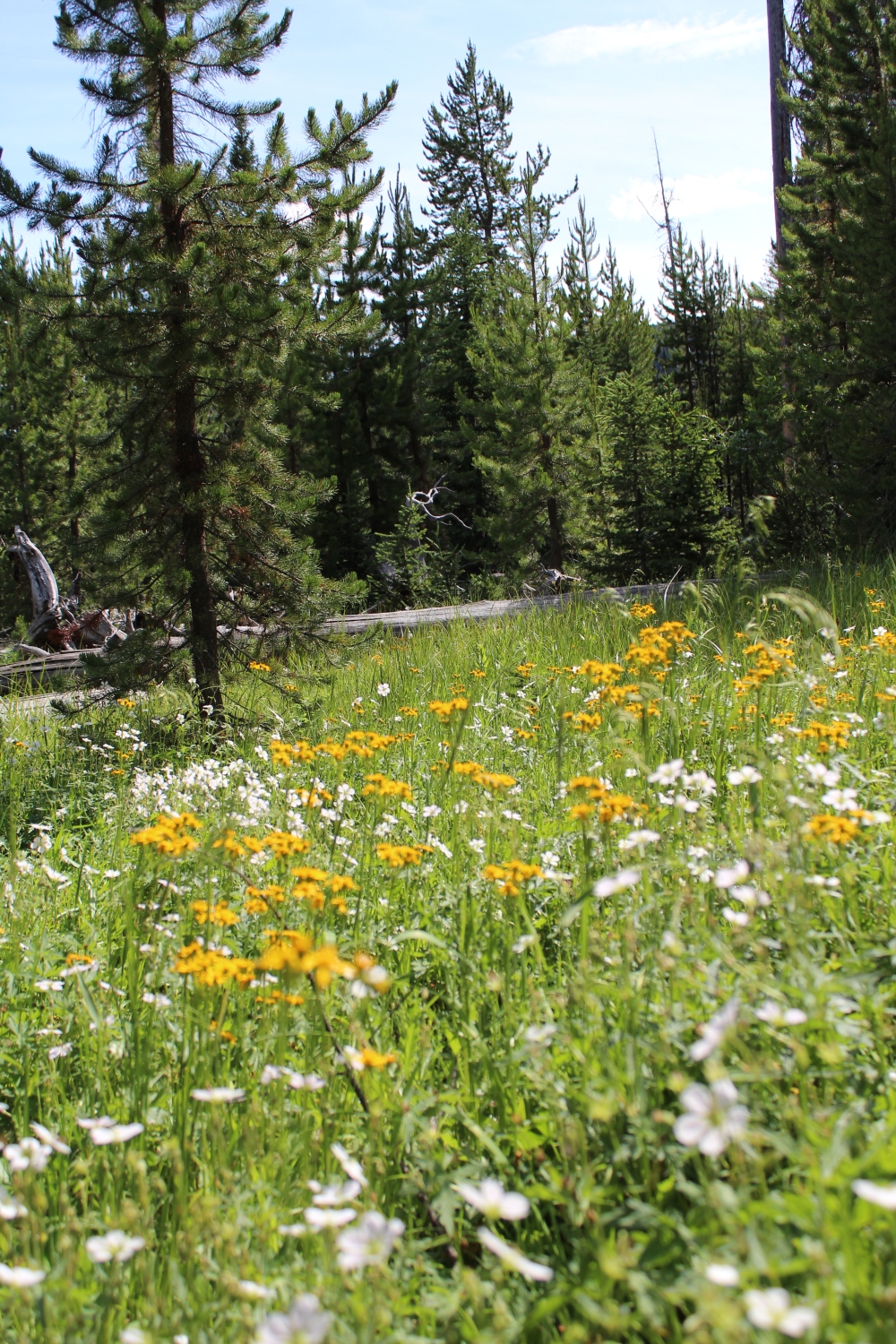 A couple of turns in we came across a distressed hiker who had broke her arm and by the way the rangers were treating her,  some other things too. I suspected a concussion as they had her sitting up supported with IV fluids on the way back. If she had a neck or back injury they would have had her on a back-board, so that was good. Despite the terrible situation I was glad to see the Rangers in action, they even brought up a one wheel stretcher. It kind of reminded me of a teeter- totter and I suppose you kind of scoop the patient in. This stretcher was manned with no less than 5 first responders with one as the scout in front. After that view, I was a little more cautious where I stepped and my foot placement remained forefront in my mind.

Mystic falls itself was quite impressive and we shied away from climbing to the overlook. This was mostly because we ended up hiking down and around in the river to catch some good pictures. Floyd was happy as we came across some little hot springs and he could touch them and feel the different temperatures. Most of the places we had visited in the park were highly regulated and you were not allowed to touch or come close to the water, for preservation.

I guess I wasn’t very intrigued by many of the springs as I’ve visited so many geo-thermal area’s.  At this point I still had a overlook to find and possibly another waterfall at the other trail head. Sure hope that lady is ok, but she was in good hands when we passed her. Be careful out there friends!

One thought on “Mystic falls”