Posted on August 5, 2019 by alongthewaywithjacque 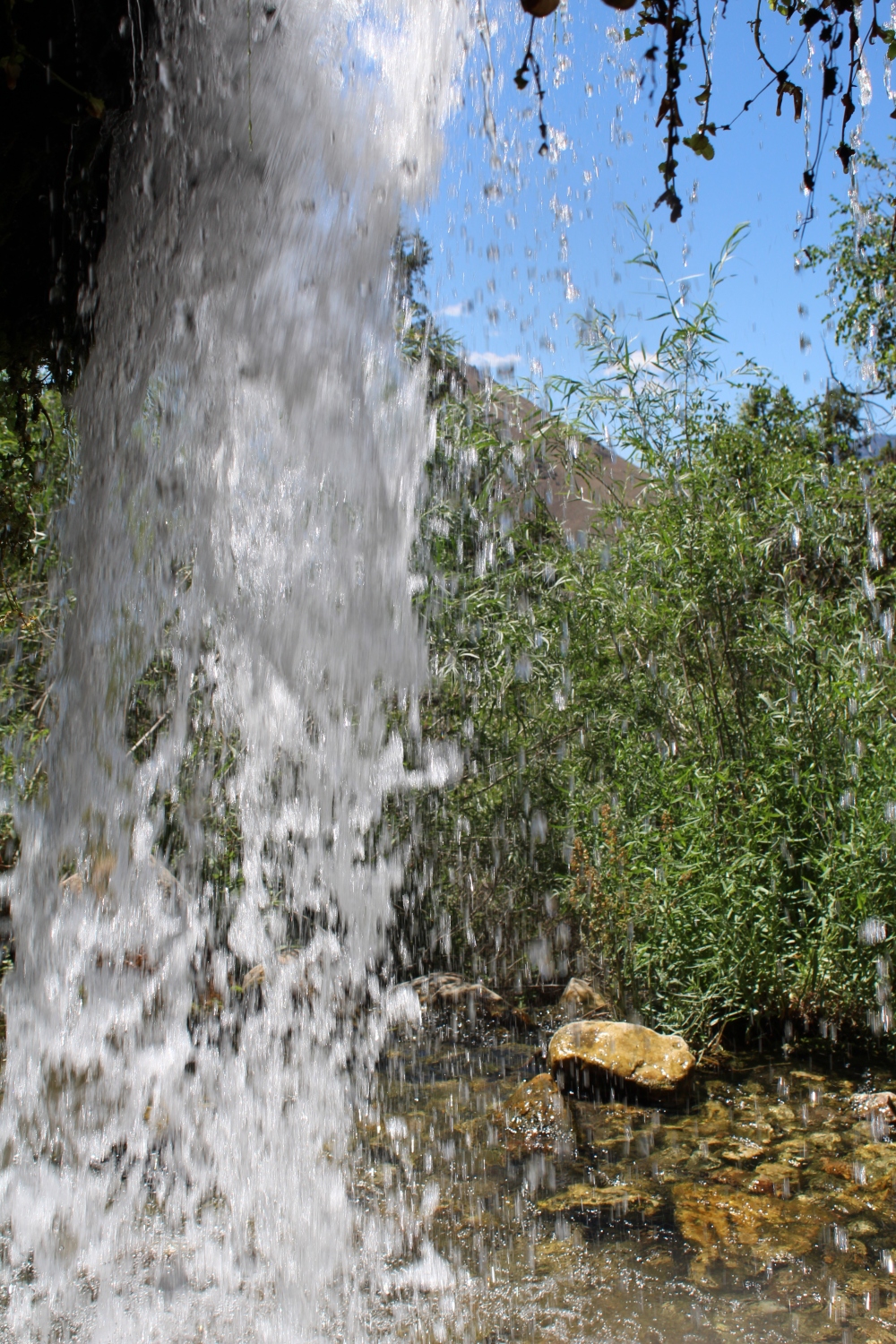 I had some time on my hands after unexpectedly leaving Yellowstone so soon. Having owned a copy of Hiking hot springs in the Pacific Northwest for many years, I realized that I was near an area I had always longed to explore. By near I mean the generic Google maps near. The drive from Bozeman, MT to Salmon, ID was long and dramatically scenic.

The first hot spring I really wanted to visit was 20 miles Southeast of Salmon in a little town call Tendoy. The town barely consists of a small gas station (- grocery store- post office) and a small school. The roads here were clearly marked and well kept and I hit these road side pools about 5 miles out of town. The pools were definitely very hot but the rain came in and made the soak perfect after the long drive.

That night I stayed at the Agency creek campground which was tucked up about 15 miles on the other side of the dirt road. It was free and close and most of my company from camp were also up visiting “Sharkey” hot springs. The springs actually were BLM and a 3$ fee box was at the kiosk, psst no change and no atm for 20 miles. After this I made a base camp at a bridge southwest of Salmon and paid about 5$ a night. 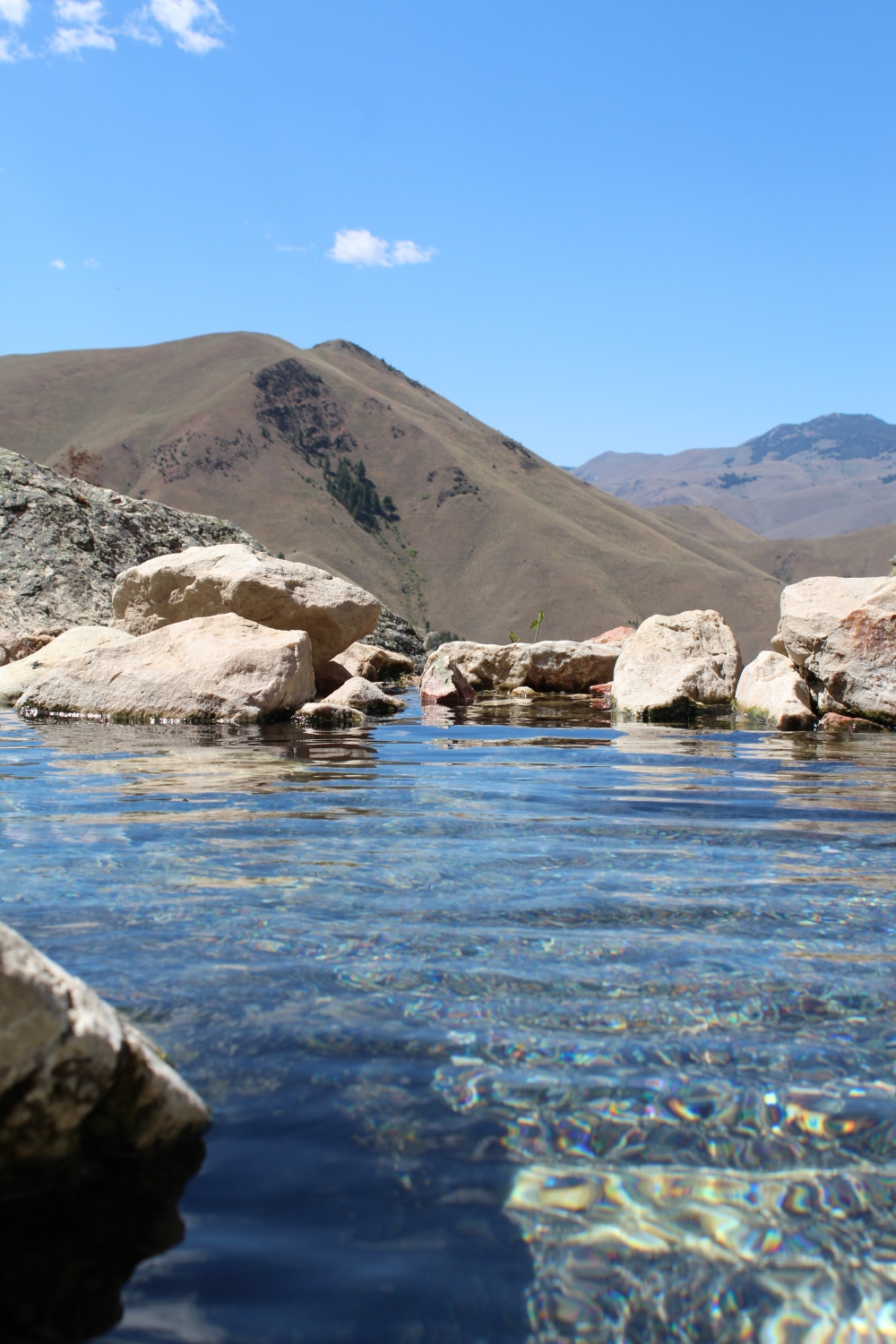 The second spring I was to visit is known as the greatest gem of Southern Idaho to most hot spring enthusiasts, it’s about 20 miles out of Salmon. Gold bug is accessible through a two mile hike with a small amount of elevation gain, and is definitely the Shangra la of nearby easy access springs. But don’t let this fool you if your hiking in warm weather, as there is very little shade and you’re in a high mountain desert. The reward though was way worth the effort, the main pool and the warmest also boasts a small waterfall. It was hot when I visited and I explored the other warm pools and falls a bit, which is how I ended up in a small cave with my very own warm waterfall!

The  last spring on this list was remote, like very remote even though you could access it by car. Barney warm springs, about 85° warm ended up being a bit of a bust. I went out on this long drive about 90 miles from Salmon with 50 miles of the drive on a well kept but rarely used high mountain pass road. As I whipped along in my little car the houses began to disperse and even the cows and fences began to disappear. Farther along the way there was not a car or person insight except one cowboy fixing fence. I had initially been very attracted to these springs because of the tropical fish that survived there, however someone decided to add goldfish and Koi and of course these took over the spring. As this hot spring stays the same temperature all year despite the winter, the other fish such as Tiger barb were also thriving. Swimming with the fishes in this pool was a no for me. Besides being so murky, when I put my feet in the water the silt stirred up a bunch of fish poop, even though there was good water flow. As you can see the back-drop is amazing and I would go again just to enjoy the extreme solitude. 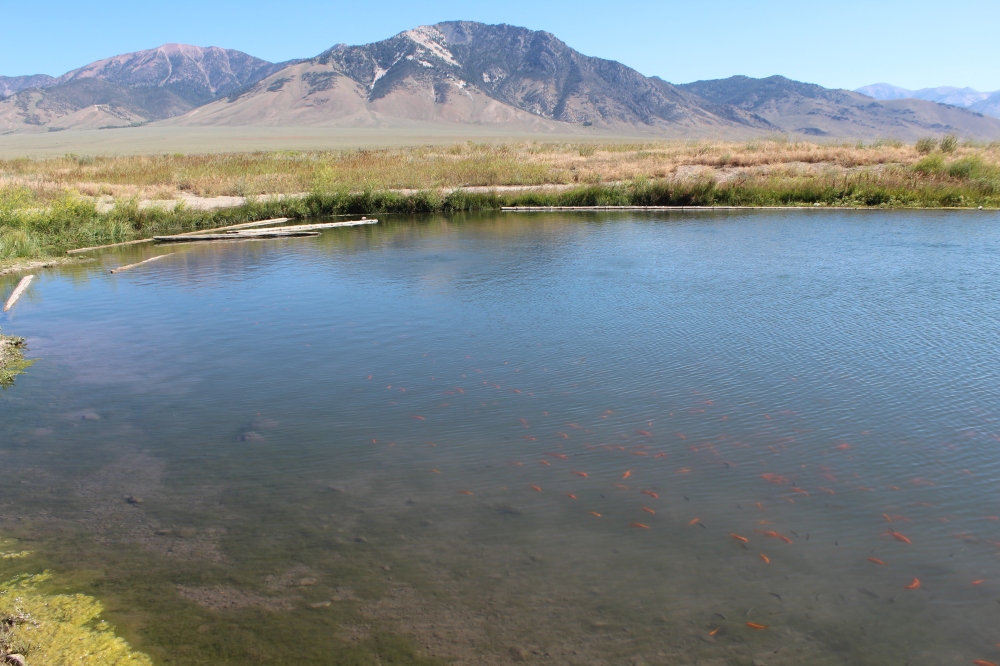 From here a big part of me wanted to continue on this hippie like travel excursion. However I had a reason for camping so close to Salmon and that was a good internet signal. After leaving Yellowstone I had a long amount of time to kill. I had given myself three dream options; bike WA east to west, complete my dive master program, or go on a gig through Poland. The first people to get back to me were from the later program and I’m heading out this week to Hungary, Slovakia, and Poland. Looks like a nice itinerary, we’ll see where we get to in the next seven weeks.

One thought on “Three very unique hot springs outside of Salmon, Idaho.”